Zatanna is the next Injustice: Gods Among Us DLC character 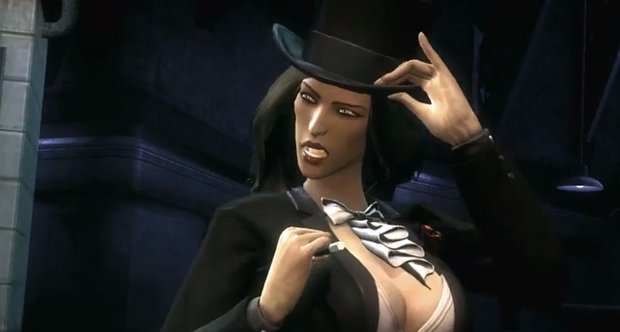 Injustice: Gods Among Us recently added the oft-requested Martian Manhunter to its roster. But, the DLC train keeps on chugging on. The saucy magician Zatanna is set to hit the stage on August 13 for $4.99.

Zatanna is both a stage magician and a real magician (hence the tuxedo) but her powers let her hold her own in a fight. A teaser video (below) shows her taking on Solomon Grundy and giving him what-for with the panache of a seasoned performer. She was one of the top performers in a recent poll of requested characters, neck-and-neck with the Batman sidekick-turned-antihero Red Hood.