Head over to PlanetXbox.com and check out the first look at Gun Valkyrie! They’ve got an extensive overview on this great title. Here’s a snip-it...

For perhaps one of the few times in video game history, the world is poised to sing the praises of a game that’s absolutely packed with bugs. Yes, I’m being totally serious, and no, this isn’t some kind of sick joke. Actually, scratch that -- this IS some kind of sick joke, but we’ll get to that in a moment. For the time being, some background: By now, only the truly hermitic among us are unaware that Sega has (for the time being, at least) chosen to gracefully bow out of hardware development and concentrate instead on developing great games for all three of the remaining combatants in the console market: Nintendo, Sony, and, of course, Microsoft.

Check it out!
Source: http://www.planetxbox.com/ 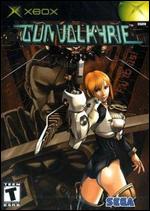 Xbox one no signal
Post by debrartin
0 Replies, 97744 Views