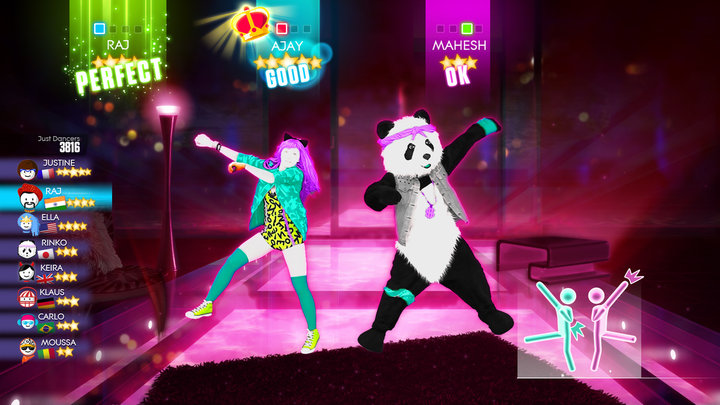 The mode matches players up against dancers anywhere in the world. Players compete in real-time, and rankings climb and fall according to performance during the song. Before every dance, players will be able to vote between two songs. The selection falls in favor of the majority. According to Kelly, connecting players worldwide through a single dance helps to "make the Just Dance community feel really small."

At the end of each song, players can view how they ranked against their direct competitors and against dancers worldwide. Just Dance 2014 will include leaderboards for players, as well "fun in-game names," Kelly said, for players who want bragging rights. You can’t specify a competency level before heading into a match, novice or otherwise, but individual songs are ranked by their difficulty.

Just Dance 2014 also revives Just Dance 3’s karaoke options, though this feature won’t have any impact on the player’s dance score. Instead, players who sing well and on-key will receive "mojo" points. These points help unlock new choreography, remixed songs and more. Kelly said that Just Dance is "first and foremost" a dance franchise, and that it won’t morph into a karaoke series anytime soon.

"[Singing] is more for effort," Kelly said. "We found that a lot of our fans sing along to the song anyway ... We wanted to add a fun smaller component to the game. We definitely didn’t want to change the direction of the game and say it’s half about singing half about dancing, but we wanted to sprinkle in this fun element."

Just Dance 2014 launches Oct. 8 for PlayStation 3, Xbox 360, Wii U and Wii. It will also be a launch title for PlayStation 4 and Xbox One. Kelly said that the team is unsure of how players will gravitate toward the new online mode in terms of playing with strangers or their friends.

"We don’t really know," Kelly said. "We’re throwing it out into the universe, and we’ll see what comes back in terms of what really piques peoples’ interests." 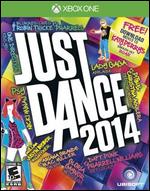