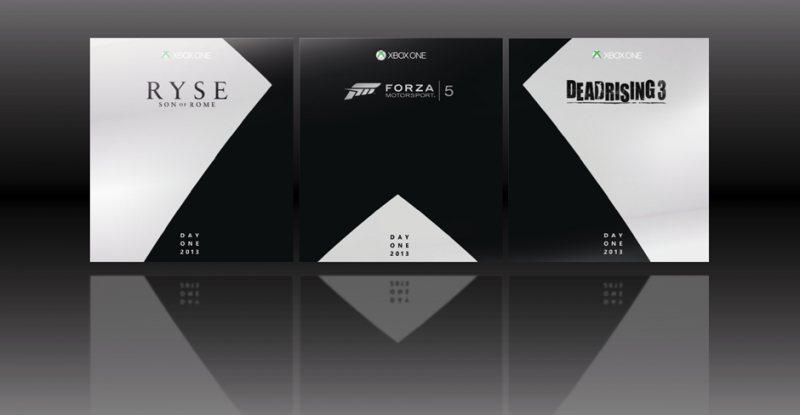 What will be included in the Day One Editions of Forza Motorsport 5, Ryse: Son of Rome and Dead Rising 3

Today, Turn 10, Crytek and Capcom provided details of the exclusive content and unlocks that will be included in the Day One Editions of Forza Motorsport 5, Ryse: Son of Rome and Dead Rising 3.

To commemorate the launch of Xbox One, Day One Editions are special game SKUS that include exclusive content and are available only through retail pre-order while supplies last, or via download on Xbox Live the first two weeks after launch. Forza Motorsport 5 Day One Car Pack: This three-car pack features amazing cars from Lamborghini, Audi, and Ford; each with a Day One-themed livery and custom tuning package created by the experts at Turn 10: