What does it feel to be a drunken Homer Simpson? Would you want to go on a road rage in Springfield?

If you are like most who have grew up to the Simpsons every Sunday night, then you’ll gonna have to read this! But I demand you all to read it, cause if you hate the Simpsons, then you can buy the game to crash Homer’s car into on-coming traffic.

"You probably know what to expect from the gameplay of Simpson’s Not-Crazy Taxi. You pick up local Simpson’s residents, bring them to appropriate locations, and make a little cash. As you build up your bank account from repeat playing, you can open new characters with cars, as well as new parts of the city of Springfield. Drop enough people off in your not-taxi at high speeds, and you’ll be able to play as Apu in his sports car, or groundskeeper Willy in his tractor. Lisa has -- of course -- an electric vehicle, while Homer has his normal sedan, as well as his Mr. Plow persona with his giant truck. If you’re tired of looking at Evergreen Estates, you can use your earnings to open up the Springfield Dam, or maybe the Nuclear Plant if you feel like glowing in the dark for a while.

For more of this first look report, just click here. 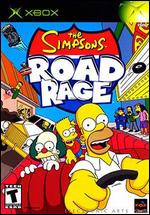 Xbox one no signal
Post by debrartin
0 Replies, 90770 Views