Strider soundtrack will include awesome remixes of classic tunes 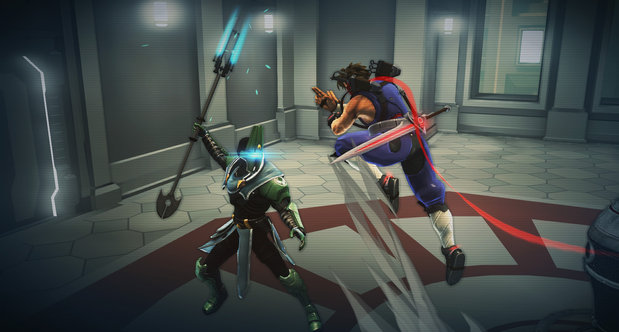 This one’s for all those long-time Strider fans. So I was playing the new game in the office a little while back, when I noticed that a lot of the soundtrack is actually comprised of awesome remixes of classic Strider tunes, from both the arcade original and the NES game that I love so well.

I was so excited by this revelation that I decided to do a little back-to-back comparison showing how the remixes stack up against their originals. Check it out after the jump!

Also after the jump, check out our exclusive Q&A with the game’s composer, Michael John Mollo.

Q: What do you consider the highlights of your career?  Any interesting facts you would like to share?

Well, I’m very early on in my career and hopefully there are lots of great things to come.  But probably the biggest highlight thus far was getting to work with composer John Powell on the Oscar nominated score for "How To Train Your Dragon."  Powell is nothing short of a mad scientist when it comes to film music and having the opportunity to spend four years learning from him was incredible.  Strider HD is actually my first game score and maybe its too early to say, but I think working on this project is going to rank up there with whatever highlights are to come.

Q: How much of the game’s music is taken from the previous games’ soundtracks, and how much is “inspired” by the original?  Which titles did you evoke?

I can definitely say that ALL of the music for Strider HD is inspired by music from the previous games.  I grew up playing Strider on the NES so I was already familiar with some of his tunes.  This music is very iconic and both Double Helix and I wanted to make sure we paid homage to the memorable melodies as well as the sound palette of the previous games.  We decided early on that it would be a good idea to re-arrange some of the classic Strider tunes for the game and we spent a good deal of time listening thru Strider’s back catalog of material to hand pick certain tunes.  Of course we had to use "Raid." That was the first one we all agreed on.  We also decided to include "Coup," "Mass Cloud," "Armed Fortress,"  "Egypt," "Siberian Tunnel", and the original "Kazakh Theme."  We thought those tunes were the most iconic and best suited to accompany Strider as he enters the modern day.  The remainder of the material consists of original tracks that I composed for the game.

Q: How did you work with the Double Helix team to determine the tone and direction of the music?  How did you collaborate with them once the direction was set? What were you trying to convey with the music?

Working with the team at Double Helix was great.  They are in Orange County and I live in Santa Monica, CA so I was able to go there and meet the whole team for meetings while we figured out how to approach the music. They had a clear vision on how Strider should sound from the very start of our collaboration.  In fact, for our initial meeting, I had brought in some demos I’d recorded with Strider in mind.  The material was all big and orchestral with slamming percussion, like one would expect to find in an action game score or a trailer.  I played it for the team and although everyone said it sounded great, it was totally not what they had envisioned for Strider.  We went back and forth a couple times, listening to other examples and talking about what elements we wanted for the game, and after a week or two we really had the sound dialed in.  I was able to work on the tracks offsite in my studio while they continued to build the game.  I delivered demos electronically and the audio designer at Double Helix, Andrew Dearing, would implement the music inside the game to get a feel of how everything played against the action.  The communication was an open door back and forth which made the task of scoring the game that much easier.

4.  What were your other sources of inspiration outside the original tunes?

I grew up playing games but I did not grow up listening to game music away from the games themselves.  I’ve always had a love for rock and roll, and later in my teens, I discovered electronic music.  I wanted the music for Strider to be unique but I also found myself going back and listening to early Nine Inch Nails records as a source for inspiration.  I think the work that Trent Reznor has done, both for albums and film is stellar. I also spent a good deal of time combing through my Amon Tobin collection for inspiration throughout the process.

5.  How much time did it take to compose/track everything?

We started our collaboration before the holidays in 2012.  I would say we hit our stride (eek no pun intended), by about March of the following year.  I had all my materials approved and delivered before July but then we decided to include some additional material that I worked on for about a month.  So in total it took about 5-6 months to get it all composed, recorded and delivered.  I was fortunate to have been brought in early and I could see the game coming together as we collaborated.  Every step along the way, Double Helix would send me play-thru videos with my music implemented. I tell you, there is nothing like hearing your music in a gameplay environment to get you motivated to pump out more tracks.

6.  What sort of challenges did you find in updating this revered franchise?  What did you find really rewarding?

Updating Strider was really a daunting task for me.  He is iconic.  I mean come on…its STRIDER!  Almost all gamers know him. If not from his original games, then from the arcade "Marvel Vs. Capcom." Both Double Helix and I knew that bringing Strider into the 21st century was going to generate a lot of buzz, especially among hardcore gamers.  From my perspective the challenge was really going to be in keeping the elements that everyone associates with classic Strider while at the same time trying to breathe new life into the character.  The team at Double Helix was a big help in that regard.  I was provided with everything I needed to truly understand what they wanted to do with Strider, from character sketches, to color palettes to back stories, bad guys…everything.  It was also made very clear to me that while I was to revere the classic character sonically, I was being given the freedom to really invent something new as well.

But even with the new material I was writing, I wanted to still celebrate the tone of the original games.  I find early game music to be incredibly fascinating.  What the Japanese composers of late 80s and early 90s could accomplish within the limitations of the chip tune technology is really kind of mind blowing.  So to bring Strider’s sound forward in time I really began by looking backward at some of the classic chip-tune game composers.  I fell in love all over again with Yuzo Koshiro and discovered other composers and groups along the way.  These composers really were the birth of some of today’s electronic genres, so I wanted to channel their energies and blend them with some modern elements like dub-step and DnB.  I wanted to keep the sound fresh so I developed a series evolving synth patches and juxtaposed them against an orchestral palette for size and drama.  But I also relied heavily on FM synthesis to craft the majority of the synth tones to try to maintain an appropriate "retro sounding" tone of the game.

The entire process of bringing Strider into the present day was rewarding.  And working with Double Helix was great, but recreating some of the classic Strider tunes and going back to listen to Junko Tamiya’s original materials over and over again, was probably the most rewarding part of the process for me.  That said, hearing some of my new Strider tracks remixed by proper DJs would also be rewarding on a number of levels. 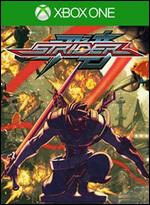