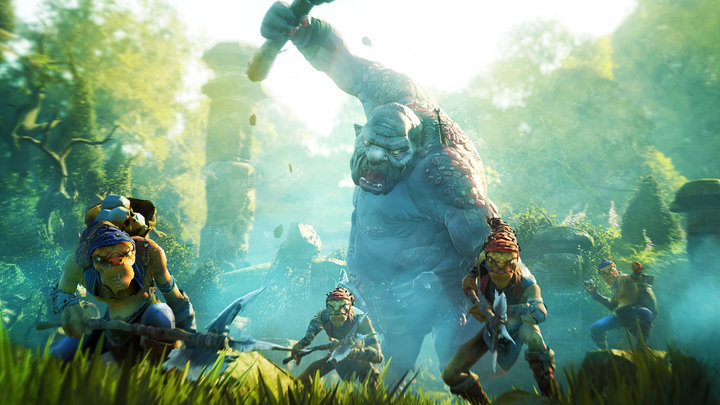 The head of Fable Legends developer Lionhead Studios sees the upcoming cooperative multiplayer title a platform that will lead the company’s transition into a "games-as-service studio," he said in an interview with Edge.

"I think the real magic in the industry now is taking great traditional gameplay and IP, and this new connected world, and mashing them together. I am the person pivoting Lionhead into a games-as-service studio," said John Needham, who took over the top post at Lionhead last April.

Fable Legends is a four-player co-op title set 400 years before the events of the original Fable. While it isn’t a massively multiplayer online title, Lionhead believes the game can have a shelf life that’s just as long as those types of titles, if the studio supports it.

"My plan is that Legends is essentially a platform for almost everything Fable going forward. It’s a long-range plan, of five to 10 years, where we’re going to build and keep building onto Fable Legends. That’s the nature of games as a service — you keep adding systems and features and content," said Needham, who previously served as CEO of MMO developers Gazillion Entertainment (Marvel Heroes) and Cryptic Studios (Star Trek Online).

Fable Legends is in development on Xbox One.