Titanfall has landed on Xbox One, and so has the new Twitch app 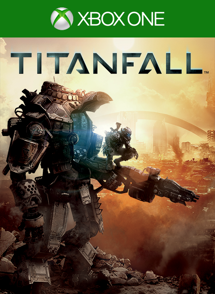 Check price and availability in your Xbox LIVE region
Titanfall is the first next-gen shooter that combines pure adrenaline, wall-running, double-jumping action with powerful, fast-paced titan warfare to set the new bar for online multiplayer gameplay. Delivering blistering fast, fluid combat that gives you the freedom to fight your way as elite, assault pilots or agile, heavily armored titans. Rethink fundamental combat and movement with new abilities to change tactics on the fly, attacking or escaping depending on the situation. Heart-pounding multiplayer action combined with dramatic, cinematic moments lets you enjoy the fiction and characters of the universe without having to leave your favorite game online multiplayer mode. Online multiplayer matches featuring both human/AI allies and enemies create an experience like none other.

The Twitch app was set to make its debut on Tuesday, alongside streaming gold mine Titanfall. Well, surprise, Xbox One owner! The Twitch app is already here and you can download it on your Xbox One right now.

The announcement came courtesy of Twitch’s Twitter account. Xbox One owners will now be able to broadcast their playthroughs with the phrase "Xbox, Broadcast," or view live gameplay from any Twitch source, including other gaming platforms.

For instructions on how to set up your Twitch account to play nice with your Xbox One, check out this Xbox Wire post.