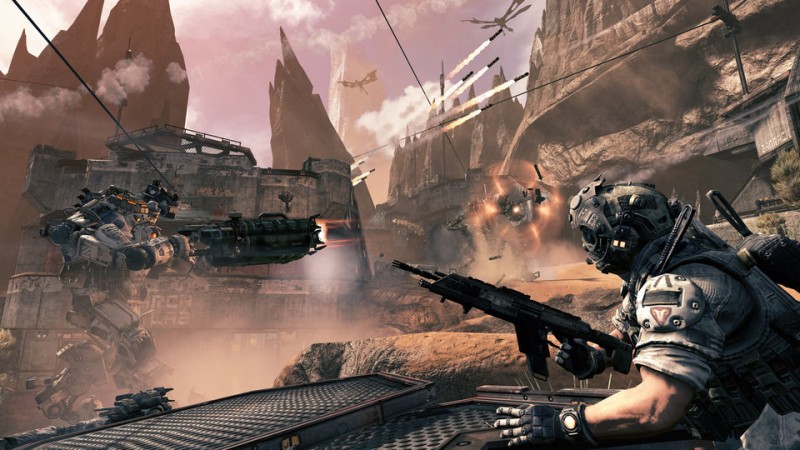 Titanfall, Respawn Entertainment’s mech-infused first-person shooter, will get a companion app and players may see new colors and an option for private servers, according to a series of tweets this week from producer Drew McCoy.

McCoy answered player questions yesterday while he was aboard a flight. In response to a question about whether Titanfall would get a companion app, he responded, "Yup! Unfortunately it didn’t make it in time for release, but [it’s] coming soon. No details yet :)" Though he declined to offer details, several other recent games like Assassin’s Creed 4: Black Flag, Final Fantasy 14, Knack and Thief have offered companion apps that include features like mobile minigames and stat tracking.

Respawn will investigate adding an option that would allow players to assign different colors to their teammates, a feature that’s "on the list to look in to for a future patch."

Titanfall’s developers are already working on features that may appeal to the eSports crowd. In response to a question about private lobbies and patches, he revealed that "Devs at the office [are] working on it as we speak!"