Since its debut on March 11, Titanfall and its adrenaline-fueled gameplay on Xbox One and PC has taken the gaming world by storm. I’ve spent many hours already dropping titans into the heat of battle and running along walls as a pilot, and I can tell you I am hooked. Our partners at Respawn have made a truly awesome and dynamic new experience that I will be playing for a long time to come.

The fan content that has been created so far has also been incredible. From taking out multiple titans with a perfectly timed Nuclear Ejection to pulling off one of the most impressive satchel kills to date, the fun that Titanfall delivers is clearly captivating the community. Those are just a sample – there’s a ton of amazing content on the brand new TitanWall launched by Respawn. Check back often for some of the latest and most entertaining new content from fans around the world.

Now, I want to update everyone on Titanfall for Xbox 360 in development with Bluepoint Games. I’ve been playing the game a lot, and it is fantastic. But we see a few things that can be made even better, so we’re giving Bluepoint a little more time to do just that and deliver an epic Titanfall experience for Xbox 360 players. Titanfall for Xbox 360 will now be releasing on April 8 in North America, and beginning on April 11 in Europe. The game will feature the same 6v6 gameplay, maps, modes, weapons and Burn Cards as the Xbox One and PC versions of the game.

We appreciate everyone’s patience as we get the last details right. See you on the Frontier. 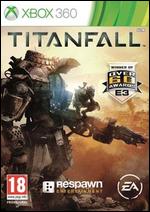