Since the launch of Xbox One, it’s been our mission to keep improving – the games, the entertainment, the all-in-one experience. That’s why we’re bringing some updates to you this month across Xbox Video and Xbox SmartGlass, and it’s why we’re also exploring exciting new features to bring TV elements to more global markets and a new option for using OneGuide on multiple devices. Let’s take a look.

Starting this week, you can rent (or buy) a movie on Xbox Video, begin watching on one screen, then pick-up right where you left off on another.* Perfect for movie junkies or anyone who loves marathon-watching TV shows, Xbox Video makes it easier than ever to watch whatever you like on Xbox One, Xbox 360, Windows 8, Windows Phone 8, or even online at XboxVideo.com. This comes just in time for the blockbuster smash “The Hobbit: The Desolation of Smaug,” which you can buy this week or rent starting Tuesday, 8 April. Or you can buy a Season Pass for season 1, 2, or 3, to catch up on “Game of Thrones” before season 4 starts.

*On Windows Phone 8 and XboxVideo.com, resuming playback where you left off on another device is coming soon

In addition to watching your favorite content, we know you want a range of options for how you navigate Xbox One experiences. You can use the Xbox One controller, Kinect voice or gesture commands, the new Xbox One media remote, and Xbox SmartGlass on your smart phone or tablet.

We added a range of new SmartGlass features recently to make it easier for anyone around the world to navigate Xbox One experiences. With SmartGlass you can now:

So in addition what you can do today, we also want to explore some new ideas. That’s why we’re making a range of new features available to select Xbox Live members by invite only in the U.S., Europe, and Canada. Designed to improve the TV experience on Xbox One, the features bring elements of OneGuide to new markets, and they add OneGuide and universal remote control to Xbox SmartGlass. 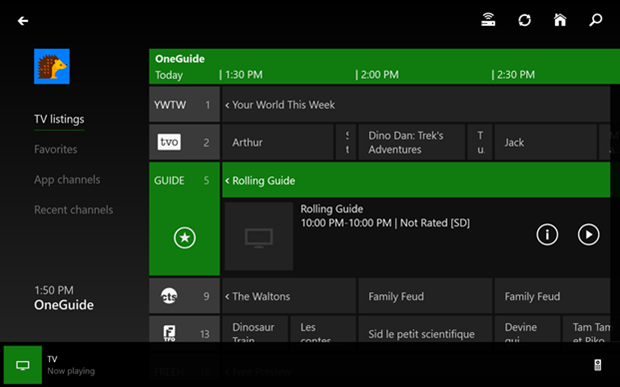 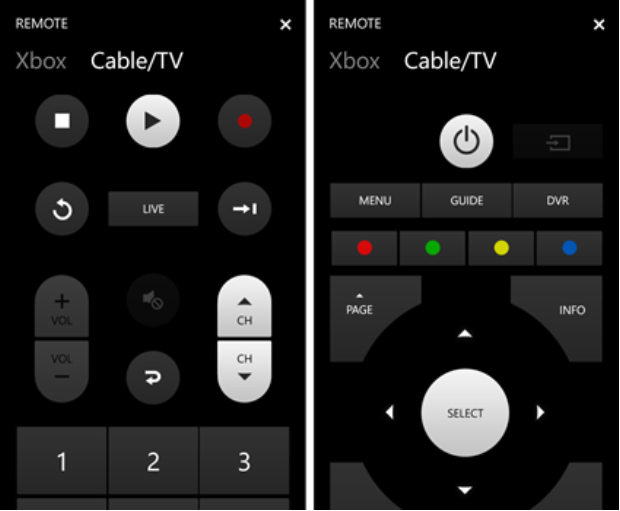 These features will be available to select Xbox Live members while we get feedback, and launch them officially for everyone later this year.