We’re still working on our next Xbox One system update and have been receiving some really great feedback from members with early access. Tonight, I wanted to let you know we’re pushing a few more features to the members previewing new system updates that you may be hearing about.  Here are a few details on those features. 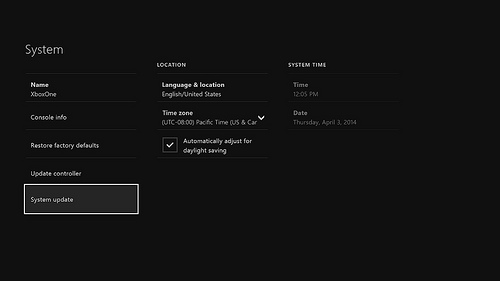 We’re committed to delivering innovation through system updates, and on behalf of the Xbox team, I can’t say enough how integral fan feedback is to this process. Some features previewed won’t always make it to launch right away because we want to help ensure the best experience for our fans before pushing a new feature.
Also, these features may roll out over several days to this audience.

The engagement from our Xbox One community continues to be incredible, in large part thanks to the input and feedback from our fans. Select members far and wide that have been previewing system update features have been as generous with their time and input as we had hoped they would be. This feedback continues to help us make the future of Xbox One yours as much as ours.

So thank you to those who shared their thoughts with us and, hopefully, are having a little fun in the process.

We look forward to sharing news when our next Xbox One system update rolls out to the larger community.