From the 2K Blog:

The wait is finally over for a new game in the Borderlands universe! We’re launching you to Pandora’s moon for the first time in Borderlands: The Pre-Sequel, currently being co-developed by Gearbox Software and 2K Australia, and available on PlayStation 3, Xbox 360, and PC later this fall.

Set between Borderlands and Borderlands 2, you’ll play as four new characters classes fighting alongside Handsome Jack, witnessing his transformation into the ruthless tyrant you loved to hate in Borderlands 2, and assisting with the rise of the Hyperion Corporation. The signature shoot ’n’ loot gameplay of the Borderlands series expands with the addition of low-gravity and oxygen-powered jetpack combat, the icy ’Cryo’ elemental damage type, the deadly laser weapon class, and new vehicles to help you explore the lunar landscape. 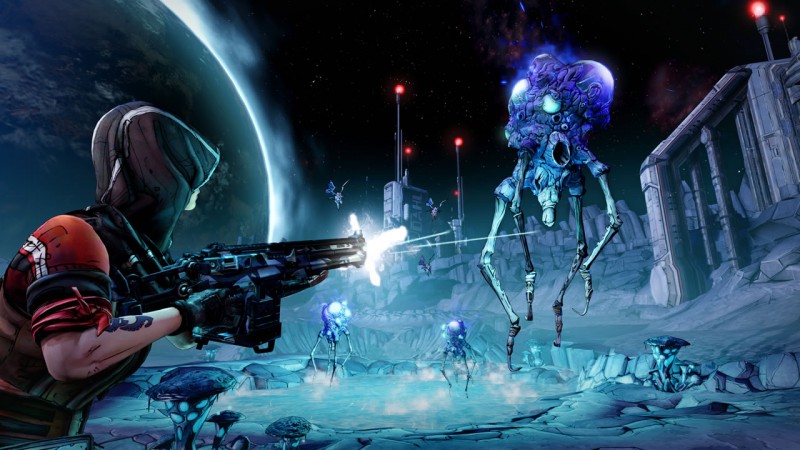 Who will those four new playable character classes be, you ask? Well, they are all familiar faces from the Borderlands universe:

- Athena, the Gladiator: Uses her Kinetic Aspis, which is a shield that can absorb incoming damage, then convert it back into energy to use against enemies. Athena made her debut in The Secret Armory of General Knoxx DLC for the first Borderlands game.
- Wilhelm, the Enforcer: Wilhelm was previously seen in Borderlands 2 as one of the first deadly bosses in the game.
- Nisha, the Lawbringer: The sheriff of Lynchwood from Borderlands 2, Nisha will be dealing out her own brand of justice, which we’ll discuss further in the coming months.
- Claptrap, the Fragtrap: Wait - Claptrap? The goofy robot companion from Borderlands 2, now playable for the first time? Fragtrap is his character class? Well, you can play him too! 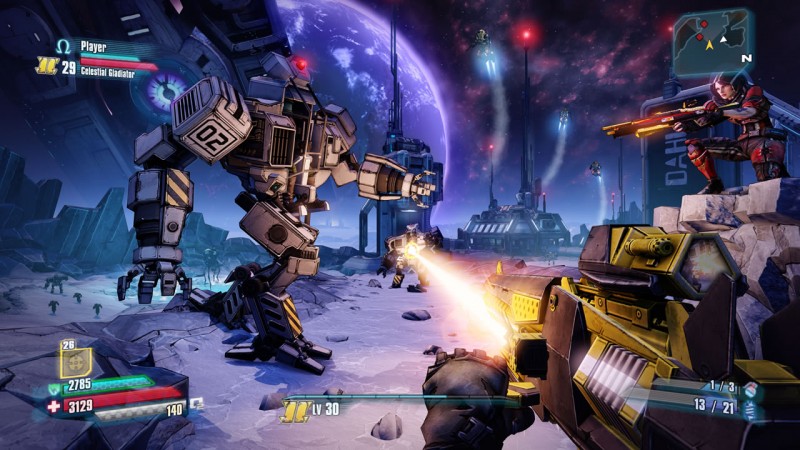 In the upcoming months, we’ll introduce you to more moon environments, new enemies, vehicles, and…well, we have to save some surprises.

For now, feast your eyes on the first images from Borderlands: The Pre-Sequel, featuring low-gravity combat, cool new guns, and more gorgeous lunar vistas than you can shake a moon-boot at. Then be sure to watch the developer overview video (above) to get your first glimpse of the game in action. 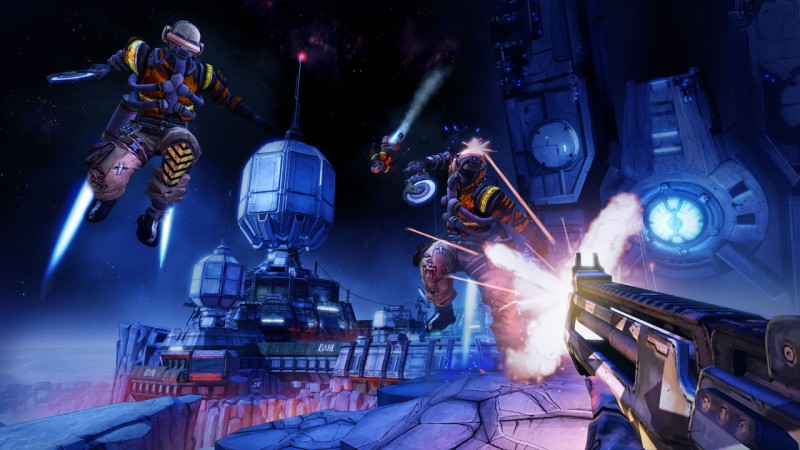 Don’t forget, PAX East is this weekend and those attending will get a first-look at Borderlands: The Pre-Sequel! So grab your spacesuit and get ready to head to the moon of Pandora. Low-gravity mayhem awaits.