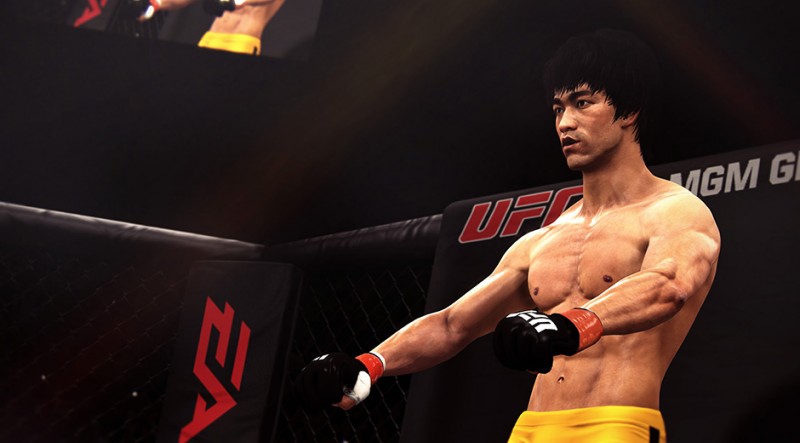 You don’t need to ask why Bruce Lee is a secret character in the upcoming “EA Sports UFC.” As Brian Hayes, creative director for “EA Sports UFC” put it, “It’s. Bruce. Lee.” But we had a few more questions for Hayes about how someone as iconic as Bruce Lee makes the transition to video games, in what will be the medium’s first serious representation of him.

Xbox Wire: When did the decision to put Bruce Lee in the game go from fantasy to reality?

Brian Hayes: The first time it came up was just over a year ago, and it was a fanciful brainstorming, like, “Could you imagine if we put Bruce Lee in the game?” and then it was “You know... that’s actually a good idea,” and it snowballed from there.

Xbox Wire: EA Sports has a history of incorporating historical athletes into its games, like Muhammad Ali in “Fight Night Round 4. ” How did you approach Bruce Lee as an athlete, versus the movie star that most people know him as?

Brian: Basically, the approach we took was grounded in reality. While Bruce Lee obviously never competed in a sanctioned no-holds-barred fight in a sporting context, people that trained with him in martial arts are unanimous in the opinion that he is one of the most amazing athletes they’ve ever seen in terms of his speed, his strength for his size, and his commitment to innovative training ideas and exploring different martial arts disciplines. He was an action movie star as a profession. As a martial artist, he was someone renowned for being a tremendous athlete and very capable in several different facets of martial arts. So from our perspective, we’re creating that. Here’s an athlete with tremendous striking ability and capable skills on the ground, because those are the disciplines and skills that he started to explore later. We’re not recreating a character from Enter the Dragon; we’re recreating Bruce Lee, the athlete, if he were in the present day of UFC.

Xbox Wire: Does Bruce Lee have a lot of grappling and ground experience that are fundamental to the UFC?

Brian: He certainly has grappling abilities. If you recall one of the opening scenes in “Enter the Dragon,” he’s sparring with another actor, Sammo Hung, and they’re almost wearing a precursor to the UFC glove in that fight. So Bruce is in that fight, and he ends up getting a takedown and rolling into an arm bar, and finishing Sammo Hung with an arm bar. Bruce was aware of how important and effective skills on the ground can be. But certainly, his strengths lie in his footwork – his speed, accuracy, quickness, and strength – so he’s probably more of fighter who would prefer keeping the fight upright, so that he can use his advantages there. But if it goes to the ground, he’s not going to be a fish out of water.

Bruce Lee’s influence can be seen in so many other fighting games, but it’s usually a wacky, cartoonish caricature of him. How did you guys go about embodying him and making him Bruce Lee, without making it feel like a gag?

Brian: From an integration standpoint, in a lot of other games where there is a “Bruce Lee” inspired character, it is a very cinematic approach to his fighting style, with how much flourish and embellishment that character might have. He was a very intelligent mixed martial artist, so what we’d expect from him in today’s UFC is to use the techniques that are most effective, because that was the foundation of his philosophy.

So its not that Bruce Lee’s fighting style is an over-the-top caricature of martial arts; he’s using the same effective techniques for an athlete of his stature and nature, that other athletes of that stature and nature uses in MMA.

Obviously his stance – the way he holds his hands, and the rhythm of the way he shifts his weight on his feet – are unique to him, to make it really look like him. But if Bruce Lee is going to throw a lead right punch to your face, he throws it in the most efficient straight line that he possibly can, which is the way any good martial artist throws that same punch. So we don’t put a lot of bells and whistles on that just to make it a cinematic Bruce Lee. He is a skilled MMA fighter who uses the techniques that work.

Does Bruce Lee speak in the game?

Brian: Not in terms of actual spoken lines, but he does have his own vocalizations that you would expect from a Bruce Lee character when he punches you in the face.

Is Bruce Lee set up like a boss character? Is there any extra game aspect built around him?

Brian: He’s a reward for making it into the Hall of Fame on career mode. You don’t face him as a boss character or in a fantasy fight or anything like that; our career mode is a simulation of a UFC career, ostensibly happening in the present day and time, so it didn’t really make sense to be facing Bruce Lee at the end of that.

And how does one unlock Bruce Lee in “EA Sports UFC”?

Brian: There are four Bruce Lees. He’s available in four weight classes – bantamweight, featherweight, lightweight, and welterweight – because we wanted you to be able to take him in against as many UFC fighters as possible.

If you pre-order the game, you unlock them all immediately. In-game, if you make it to the Hall of Fame in Career mode on either of the two highest difficulty settings, then you unlock him. And you can unlock him in the store as well.

Xbox Wire: You mentioned additional rosters and the store. So can we also expect additional fighters to the roster?

Brian: You can definitely expect more downloadable characters, when we get those characters done!

Xbox Wire: One last question: Who is your personal favorite fighter in the game?

Brian: Obviously, playing as Bruce Lee is awesome. But I’m very much a person that is inspired by the last really exciting fight I saw – so recently, I’ve been using Robbie Lawler a lot, because the fight he just had with Johny Hendricks was awesome. And I just like throwing punches with Robbie Lawler. But in the next UFC fight that is totally exciting and awesome, whoever I liked the most in that fight is who I’ll probably start playing.

“EA Sports UFC” will be available in stores and digitally on June 17. If you want access to Bruce Lee right out of the gate, make sure you pre-order! 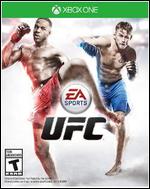