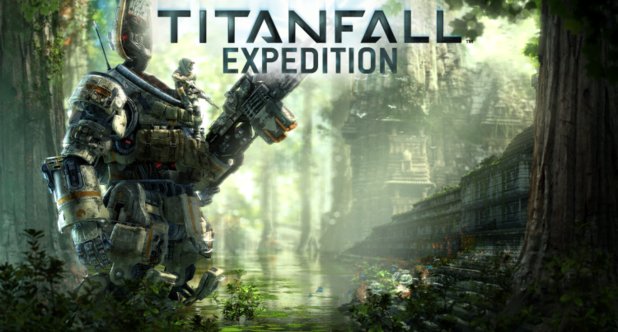 The first DLC for Titanfall has been announced at PAX East. "Expedition" will add three maps will be coming in May and it will continue the story told in the game’s campaign.

One of the new gameplay elements to be introduced in the first map (pictured) is wall-running on trees. Players will now be able to adjust their path while wall-running, choosing to jump from tree to tree, go higher or not. There will also be "zip-vines" for players to take advantage of.

War Games is another map in the upcoming map pack which "looks kind of Tron-y."

While map packs will be paid DLC, Respawn Entertainment promises that game modes will be free. Another new mode coming to Titanfall is 2v2 Last Titan Standing. In addition, new Burn Cards will be coming, with the next update to focus on Titan-specific abilities.

Another new feature coming to Titanfall is the ability to team up with players via hashtag. For example, you could play against other PAX attendees by using #PAXEast as a hashtag. "The goal is to make new friends for people you haven’t had a chance to meet yet," Respawn explained.

A possible feature coming into the game is the ability to personalize Titans. "We’re looking into that," the team said.