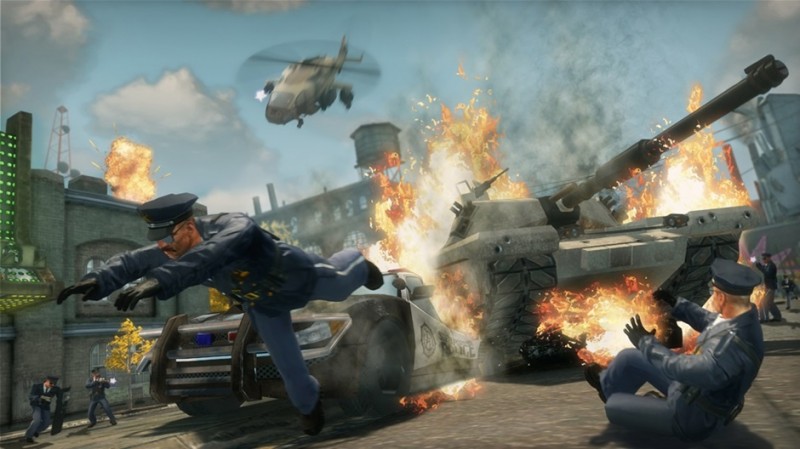 Here’s the deal: When you sign up for Xbox Live Gold, you get free access to Games with Gold on Xbox 360, which means a new, free game every two weeks. Yep, that’s right: If you’re an Xbox Live Gold subscriber, you don’t have to do a thing (except download), and you get a free game. So, what are you waiting for? Here’s a closer look at the latest Games with Gold title!

Recipe for an awesome open-world gaming experience: take one part open-world gameplay, two parts snarky protagonist, one part corporate greed, a cup of over-the-top humor, plenty of violence, and just a pinch of insanity, and you’ve got “Saints Row: The Third.” As its title implies, this is number three of the popular series of go-your-own-way action games, where you play “The Boss” -- head honcho of the Third Street Saints. Originally a rough ’n’ tough street gang, the Saints have become something of a shadow of their former selves by “Saints Row: The Third,” now sponsoring their own energy drinks and pulling high-profile bank jobs more for the publicity than for the actual cash payout.

Disillusioned by their own sell-outness, some of the Saints start to look for more, and a series of increasingly unlikely (and increasingly over-the-top – way, way over-the-top) events see The Boss and his right hand people Johnny Gat and Shaundi, along with a cast of other misfits, embroiled in a picaresque that takes them from their hometown of Steelport all the way to the surface of Mars. And you get to control it all with your Xbox gamepad on May 16, for free, if you’re an Xbox Live Gold member.

What makes “Saints Row: The Third” such a compelling adventure, though, isn’t just the crazy cast of characters or the gonzo plot; the game is built on an open-world engine that’s impressively elegant, having been refined by developer Volition over a series of iterations to handle a variety of different gameplay elements smoothly and deeply. Whether you’re engaged in massive gun battles with your comrades, remote-control racing your sports car around town, or just spending hours customizing your character’s costume and hairdo, you’ll find plenty to do in “Saints Row: The Third.”

Even better, “Saints Row: The Third” can be experienced with a buddy via cooperative play over Xbox Live, and many of the game’s missions are designed to allow players to work together. Playing in this way allows both gamers to earn experience (via the game’s “respect” system), level up their characters, and progress through the main campaign. Or, they can play side missions and minigames, or just run around Steelport, engaging in jolly co-op mayhem.

Now, do keep one thing in mind: Like all the games in this series, “Saints Row: The Third” is most definitely not for kids. For some of you, that could be a big plus! For others, though, you’ll want to hold off on the old download button – Games with Gold is a great deal, but not if you get in trouble with your folks! 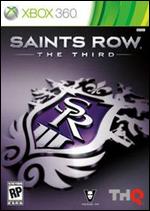