His airness will be sporting his Wizards uniform in Sega’s NBA 2K2.

Sega of America has announced that Michael Jordan will appear in all versions of NBA 2K2. The Sega Dreamcast, Sony PlayStation 2, Nintendo GameCube, and Microsoft Xbox versions of the game will feature Jordan in his Washington Wizards uniform. NBA players are generally covered under the umbrella of a player’s association license, but in the early ’90s Jordan negotiated the acquisition of his personal licensing rights for use in a variety of media products, including video games. Last year, Jordan could only be found in EA Sports’ NBA Live series, but now he’ll also appear in Sega’s NBA games. NBA 2K2 is scheduled for release on the Dreamcast this October. The Xbox and PlayStation 2 versions will be released in early 2002, while the GameCube game will arrive in Q2 2002.
Source: http://www.gamespot.com/ 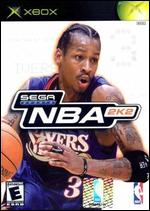