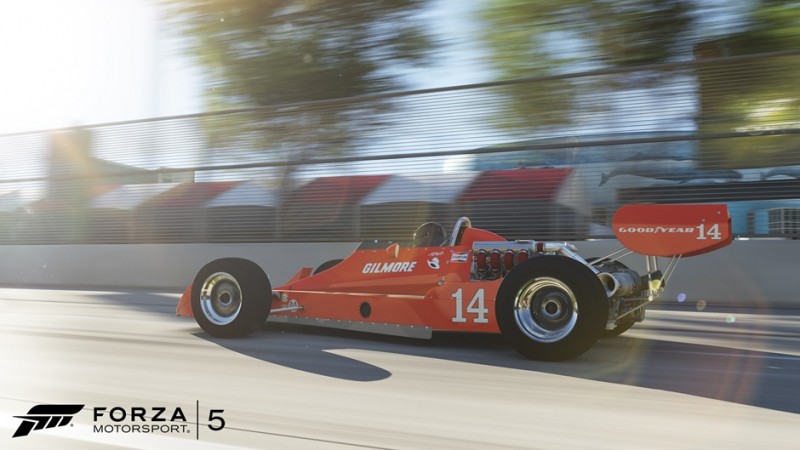 "Forza Motorsport 5" is a fan-driven game. Since the release of "Forza 5" in November, we’ve made some significant improvements to the game. These updates include numerous feature additions and improvements, as well as regular content updates, including two free track add-ons (Road America and Long Beach), and our regular monthly cadence of DLC car packs. It’s been awesome to see the reaction of the Forza Faithful to these updates and I’m happy to say that we’re not done yet.

Recently, we’ve seen lots of questions from players around our ongoing plans for DLC in "Forza Motorsport 5." After the release of the Meguiar’s Car Pack  – which was originally scheduled to be the final pack included in the "Forza 5" Car Pass – some players were wondering if we were done altogether with DLC for the game. I’m pleased to put that notion to bed here and now; not only is more DLC on the way, but today we’ve also got some fantastic news for "Forza 5" Car Pass owners.

As a thank you to all of our loyal fans, we are extending the life of the "Forza Motorsport 5" Car Pass to include two more monthly car packs. If you are a Car Pass owner, that means you’ll be getting the next two monthly DLC car packs – the “June” pack, which is scheduled for release next Friday (more on that below), as well as our “July” car pack – at no additional charge. That’s 20 additional cars for you to collect, customize, and race, bringing the total to 90 DLC cars for "Forza 5" Car Pass owners!

Now, about that “June” pack. As you might know, we typically release our "Forza Motorsport 5" DLC car packs on the first Tuesday of each month. Under normal circumstances, that means that our next car pack would be released on Tuesday, June 2. This time, however, we are moving up our release schedule by a few days, which means the next Forza 5 DLC car pack will be available on Friday, May 30.

Like all "Forza 5" DLC cars, once you own a pack (or individual cars) you’ll be able to add them to your Forza 5 garage without using in-game credits or tokens. Look for more details the next monthly car pack for Forza 5 on Friday, May 30, and the full rundown on the July car pack in the coming weeks. Thanks for playing "Forza Motorsport 5" and look for more news and updates from the world of "Forza" over at the official Forza Motorsport Web site.