Tetris Ultimate coming to Xbox One

Tetris Ultimate, a downloadable, multi-mode version of the classic puzzle game from developer Blue Planet Software, will arrive for PlayStation 4 and Xbox One this summer and PC this fall, publisher Ubisoft announced today.

In Tetris Ultimate, 1-4 players will be able to battle cascading blocks in six modes: Battle, a head-to-head skirmish; Endless, where players score as much as they can in 30 levels; Marathon, which includes 15 levels; Power-Up Battle, which equips players with its titular powers; Ultra, a three-minute timed challenge; and Sprint, where you need to clear 40 lines as quickly as possible. The Tetris Company, which controls the franchise’s publishing rights, and Ubisoft announced in January that the franchise was headed to PlayStation 4 and Xbox One this year for the game’s 30th anniversary. 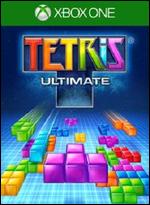