At its E3 conference today, Microsoft announced that the new Crackdown is being developed by David Jones, the franchise’s original creator. A short trailer showed some trademark dark humor, over-the-top action and extreme weapons.

Crackdown was first launched by Microsoft Studios for Xbox 360, back in 2007. Widely regarded as a credible alternative to the Grand Theft Auto bandwagon, it gained solid review scores for its open world and the fun, powers of its central character, a biologically enhanced crime-buster.

The game was developed by Realtime Worlds, led by Jones, who created the original GTA. Despite modest commercial success, buoyed by the inclusion of Halo 3 beta access, a sequel was commissioned (pictured). Developed by Ruffian Games, it released in 2010 to middling reviews, generally noting that the game had not moved on significantly from its predecessor. 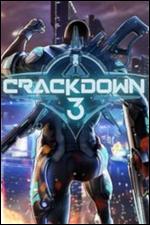