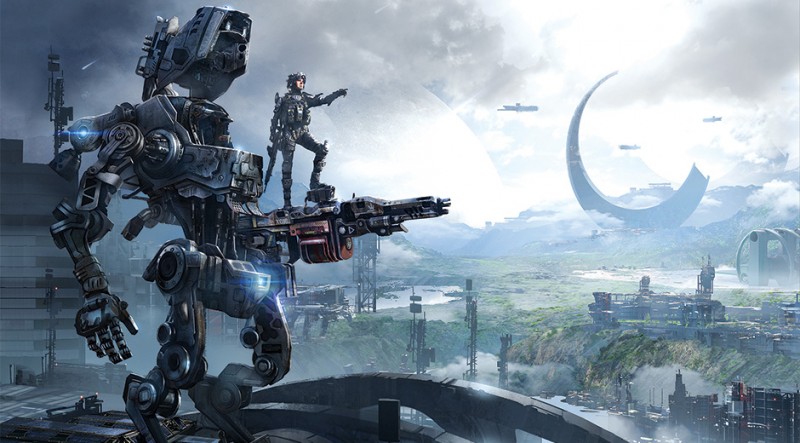 Hot on the heels of Expedition, the first downloadable map pack for Titanfall, developer Respawn Entertainment has announced Frontier’s Edge – the second of three planned content packs for the massive mech-based first-person shooter.

Frontier’s Edge takes players to the borders of the Interstellar Manufacturing Corporation’s control. The content pack’s maps include Dig Site (an isolated mining outpost), Haven (an exclusive beach-side resort), and Export (a mining hub on the side of a mountain).

Based on the name of the pack and the description of the maps, we’re definitely hyped about the concept of fighting in arenas that are physically walled in by treacherous mountains, oceans, and caverns.

Titanfall: Frontier’s Edge is coming to your Xbox One and Xbox 360 soon, at a price of $9.99. Remember: You can also get the Titanfall season pass for a cool $24.99, and save money on all three DLC packs!