Microsoftstore.ca STILL the cheapest place to pre-order Xbox One games

No, your eyes aren’t deceiving you. The Microsoft Store is still offering Xbox One pre-order titles at $10 cheaper than all the major retailers, and if that isn’t good enough for you, they are now throwing in a $10 Xbox Store gift card with any pre-order game on their list, not just Sunset Overdrive.  In otherwords, in addition to the lower price, you’re getting $10 of your money back for use on the Xbox Digital Marketplace.  According to the fine print, you can get a $10 gift card for each title you pre-order, up to a total of three, so gamers can potentially save up to $30 on a 3-game pre-order purchase, and get an additonal $30 in Xbox Store credit to use on whatever they want!  Best of all, Microsoft Store doesn’t charge for pre-orders until the product ships, so you have right up until the ship date to change your mind and cancel your order if the unthinkable happens (e.g. the game turns out to be horrible or the price goes up).  This is a win-win situation for gamers looking to save money any way they can this Fall, which is shaping up to do serious damange on many a videogame fan’s pocketbook.  Finally, for a limited time, Microsoft is also throwing in Free express shipping (1-3 business days), which would normally add $10 to the order!  See below for the savings, and click on the picture to be taken directly to the webpage itself. 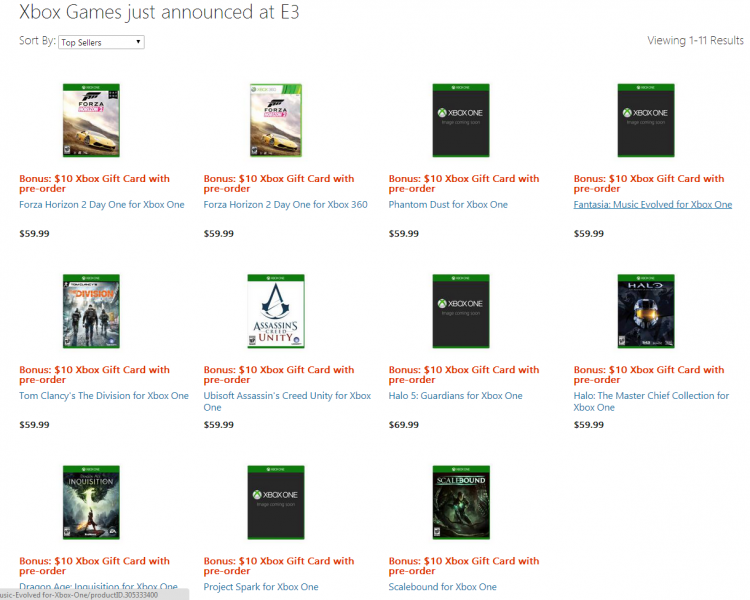 On an unfortunate, related note, over at Walmart.ca, the amazing pre-order deals we reported on over two weeks ago there have suddenly become a lot less attractive. As of today, the price of Assassin’s Creed: Unity and Far Cry 4 for Xbox One have jumped from the unbelievably low price of $49.99 to the higher pricetags of $69.99 and $59.99 respectively.  As we mentioned in the story from last month, Walmart.ca charges up front for pre-orders, but once a pre-order is paid for, the price is locked and the company is obligated to honor the price.  So if you managed to secure your $50 pre-order for either of these two games, congratulations, as that deal is unlikely to come back.  That said, at $59.99 Far Cry 4 is still selling at a lower price at Walmart than at any other retailer, so if $60 CAD is still an acceptable price point for you, you should probably get over to Walmart.ca and lock in that price now, before the retailer hikes it up again.