Hunt bigger game on a bold new adventure with Magic 2015—Duels of the Planeswalkers, from Wizards of the Coast, available on Xbox 360 today and coming to Xbox One soon. Command powerful creatures and wield devastating spells to defeat your opponents in this epic game of strategy where Garruk Wildspeaker, the greatest hunter known, has fallen under the curse of the Chain Veil. He now mercilessly stalks his own kind. Find him and stop him ... before he finds you!

In this latest game in the “Magic” trading card franchise, you can travel across five different fantastic planes, battle incredible creatures, and save the Multiverse from a terrible fate. Check out the open virtual booster packs of Magic cards to build decks and battle in single and multi-player modes. You can even craft your decks around the style of your favorite game designers, including George Fan (Plants vs. Zombies), Markus Persson (Minecraft) and Rob Pardo (World of Warcraft). A detailed tutorial will help you get started if you are new to this kind of game.

Players who have downloaded and played Magic 2015 – Duels of the Planeswalkers can try their hand at face-to-face Magic using the cards they know and love with the most anticipated core set ever coming to game stores on July 18. And watch for the upcoming Magic 2015 Pro Tour where fans and players can see the best “Magic” players in the world build their own strategies and deck archetypes.

Download Magic 2015 – Duels of the Planeswalkers today for $9.99 and start building your best deck yet. 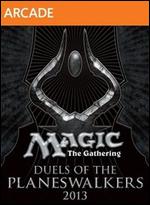