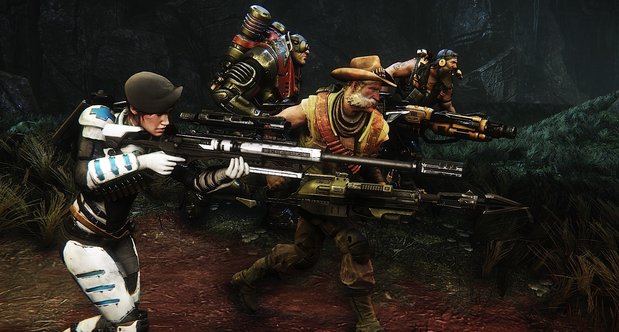 Update: During a call with investors, Take-Two explained that Evolve’s delay stemmed from a desire to provide Turtle Rock with additional time to polish the game. "We are encouraged by the overwhelmingly positive response from press and fans, and believe by extending development by a few months, it will allow the team enough time to fully realize their creative vision for Evolve," president Karl Slatoff said.

In response to a question about the delay later in the call, Take-Two CEO Strauss Zelnick added, "Historically, we’ve always benefited from giving the creative teams more time to polish the titles; we’ve never regretted it." He also noted some of the other benefits of the delay, describing February as a "pretty terrific release window. It’s not at all crowded, and we will benefit from the fact that there are a lot of holiday sales of consoles so the install base will be bigger."

This news comes as part of 2K parent company Take-Two’s announcement of its financial results for the most recent quarter. No reason was cited for the delay, but Take-Two is scheduled to host a conference call with investors this afternoon, and we may learn more then. We’ll update this story with anything Take-Two may share about the nature of the delay.

2K Games had claimed Evolve would be the "defining" Xbox One and PlayStation 4 game of 2014. The game won the top prize from the E3 2014 Game Critics Awards and was of numerous major releases scheduled for this October. However, a number of games have moved out of the month, including Middle-earth: Shadow of Mordor, which is now coming in September.

Evolve is planned for release on Xbox One, PlayStation 4, and PC; no last-gen versions have been announced to-date. A PC-only alpha test recently took place for the game. 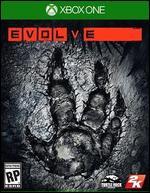