Fans of flight in Grand Theft Auto V have a lot of new content to enjoy starting today, with the free release of GTA Online’s San Andreas Flight School Update. Here’s more from our friends at Rockstar Games.

Enjoy the thrill and exhilaration of being a patriotic hero with the San Andreas Flight School Update for GTA Online. This new update features a collection of new air and land vehicles, aerial solo challenges, and much more.

Grab the stick of the fast and nimble Western Besra training jet and push it to the edge of the envelope. Master absolute air superiority in 10 new solo missions that will make you comfortable in any pilot’s danger zone, including combat maneuvering, low-flying challenges, formation flying and more.

Once it’s ‘mission accomplished’ and you’re out of your heroic new Flight Suit, spend your shore leave buzzing the skies in the luxury Swift helo, or cram your entire squad into the new 16-seater Buckingham Mil-Jet for team transport in style. Hit the silk with a collection of new Chutes and Parachute Bags, and if things get a little out of control, rely on the Reserve Parachute to give you a second chance at that soft landing – or use it to get creative with your precision dives. Later, hit the streets in the shapely Invetero Coquette Classic, available in either hard-top or topless roadster variants for whatever your sea-level speed fix.

And round up your wingmen for new Races, Captures, Contact Missions, Parachute Jumps and more, including the three all-new VS Mission modes. Acquire Targets is a kill-the-carrier style mode where opponents fight in P996 Lazers to control one flag; maintain control for as long as you can to rack up points. In G-Rating, compete against other cadets as you fly to pick up 15 flags in both weapons hot and cold environments. Or try out Air Force Zero, where the defending team must protect an aircraft against an attacking team as it flies to the safe LZ.

Today’s update also introduces a host of gameplay improvements to GTA Online – these include increased payouts for harder to complete missions and GTA$ bonuses for playing missions with others. Plus, GTA$ payouts on replays are no longer reduced and all rewards are now time scaled.

Check out the SA Flight School’s informational video above and prepare yourself for the opportunity to become one of the best of the best.

The Golf Club is Now Available on Xbox One 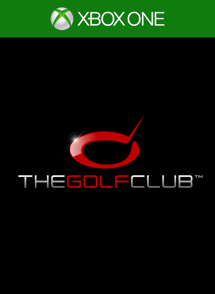 Game Description: The Golf Club is a next generation Golf Simulation which offers outstanding gameplay and Gorgeous Visuals. With the ability to Procedurally Generate courses and the depth of social interaction within the game there truly are an unlimited number of golf courses that can be created, shared and played with your friends.

Purchase The Golf Club from the Xbox Game Store

Diablo III: Reaper of Souls is Now Available on Xbox One 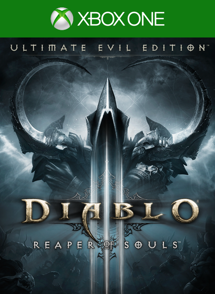 For more on Diablo III: Reaper of Souls, including how to port your progress from the Xbox 360 version of the game over to Xbox One, click here.
Source: http://www.majornelson.com 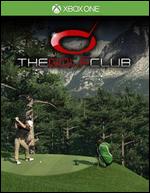