Voice Commander, a Microsoft Garage project, Now Available for Xbox One as a Free Download

Game Description: Voice Commander, a Microsoft Garage project, is a fast paced, space themed, RTS and top-down shooter combo. Pick up a controller and work with Vox using voice commands to try to stop relentless attacks. Voice Commander can be played with up to eight controllers, and anyone in the room can issue voice commands.

Download Voice Commander for Free from the Xbox Games Store

The Legend of Korra is Now Available for Xbox One 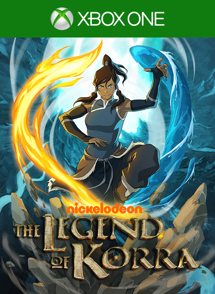 Content: The Legend of Korra
Check price and availability in your Xbox LIVE region

Game Description: An ancient evil force has emerged from the portals and threatens the balance of both worlds! Only the Avatar stands a chance in defeating this new threat! • Original Avatar storyline penned by the TV show’s creators. • Wield the power of all 4 elements—water, earth, fire, and air as only the Avatar can! • Change bending styles at any time to unleash devastating combos. • Beat overwhelming odds by activating the all-powerful Avatar state.

Purchase The Legend of Korra from the Xbox Games Store

Game Description: Feel the power of new turbocharged FORMULA ONE cars in the most accessible FORMULA 1 video game yet, including a new driver evaluation system to adjust the game to your level, shorter career options and new Very Easy mode. F1 2014 features all the cars, drivers and circuits from the 2014 FIA FORMULA ONE WORLD CHAMPIONSHIP including new tracks in Russia and Austria.