EA and Visceral Games are hosting an open multiplayer beta for Battlefield Hardline from February 3 to February 8 and I will be joining the developers in game while live streaming all of the action.

The open beta will be available to players around the world on a variety of platforms including the Xbox One and Xbox 360 and will feature three different maps and modes highlighting this all-new cops vs. criminals Battlefield multiplayer experience. For more information about the open beta, check out the official announcement here.

The stream is scheduled for Tuesday, February 3rd at 3p ET/12p PT and will be streamed live here. 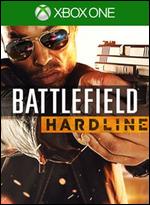