If you’re anything like us, you’ve been itching to get the band back together since 2010’s Rock Band 3 for Xbox 360. Well, the time has finally come: Get ready to rock out once again, because developer Harmonix is making beautiful music with publisher Mad Catz. That’s right, Rock Band 4 is coming to Xbox One later this year!

Yes, the beloved music franchise is coming to the new console generation – and it’s expanding in some awesome new ways, while still retaining everything you loved about Rock Band in the first place.

“With Rock Band 4, we’re doubling down on the energy and excitement of playing music live with your friends,” said Harmonix Chief Executive Officer Steve Janiak. “Focusing on the core experience that our fans have told us they love allows us to evolve established gameplay in meaningful ways that we can’t wait to share with everyone later this year.”

“We couldn’t be happier to be working with Harmonix and help bring the band back together for the launch of Rock Band 4,” added Darren Richardson, President and Chief Executive Officer of Mad Catz. “Harmonix possesses unrivaled passion and vision for music gaming, and we can’t wait to introduce the next-generation music platform to passionate gamers.”

More details on Rock Band 4 will emerge in the coming months, but for now you can check out the brand-new behind-the-scenes feature with Harmonix above.

Head to the official Rock Band website and sign up to be notified as soon as pre-orders start. Oh, and if you’re attending next week’s PAX East convention in Boston, you can pre-order an exclusive Penny Arcade-themed Rock Band 4 guitar at Harmonix’s booth. Heck yeah! 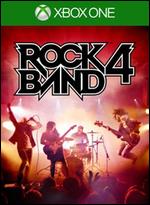