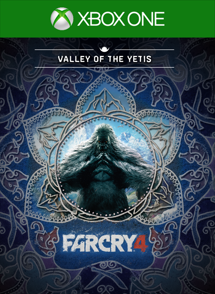 Game Description: Lost in an unforgiving Himalayan ridge after a helicopter crash, explore the frozen landscape to find tools, upgrade your camp and protect it from a dangerous cult when night falls. In these new missions featuring single player and co-op action, you will never be alone as the yetis await their prey…

Requires Far Cry 4 to play. Do not purchase if you already own Far Cry 4 Gold Edition or Far Cry 4 Season Pass as this DLC is already included in those bundles.

Game Description: To pre-order this game please select one of the pre-order editions from the Xbox Store. XBOX ONE GAME EXPECTED TO RELEASE ON 03/17/2015. YOU MAY DOWNLOAD THE GAME FROM XBOX LIVE BEFORE THEN, BUT IT WILL NOT BE PLAYABLE UNTIL 12:01 AM EST ON THE RELEASE DATE.

One of the most highly anticipated role-playing games of all time, Final Fantasy Type-0 makes its Western debut as Final Fantasy Type-0 HD. Step into the fray as Class Zero, a group of fourteen students from an elite military academy whose country is attacked by an aggressive neighboring Empire. Using the powerful abilities and magic of all fourteen characters in fast-paced action-RPG combat, players must face the brutality and injustices of war to uncover the secrets of its genesis.