Conker, Rare’s foul-mouthed squirrel who starred in Conker’s Bad Fur Day for Nintendo 64 and Conker: Live and Reloaded for the original Xbox, is getting a new adventure starting next month. Conker’s Big Reunion is a new episodic adventure that will take place within Project Spark, the game creation tool for Xbox One and Windows.

According to Project Spark developer Team Dakota, Conker’s Big Reunion takes place 10 years after the events of Conker’s Bad Fur Day. Conker will attempt to reconnect with his old friends, but "things don’t go according to plan." You can see a teaser of the new game above.

The new Conker content will be available for Xbox One and Windows 8.1 through theProject Spark marketplace. Pricing for the add-on hasn’t been announced. 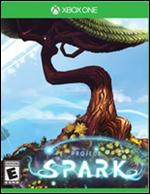