There are two things that should make a game truly next-generation. The first should come in the moment you see the game in motion -- the effects used, the draw depth, the level of detail. But the second, the more important factor, should be that the gameplay reflect the new, next-generation engine that powers it. In other words, the game you’re playing could only be played on the generation that you’re on. Few games can say that as well as the upcoming TransWorld Surf, a game that’s gone from signpost on the way to other, shinier games to a big fat stop sign, care of Infogrames recent Gamer’s Day. 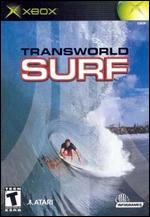 Xbox one no signal
Post by debrartin
0 Replies, 60662 Views