2K Games has recenlty unveiled a three part "motion comic" to get fans acquainted with the story of Battleborn leading up to the events of the game, and we think it would be great for you to see all three chapters in one place.

So, without further ado:

A few years and several hundred star veilings are enough to drive even the most loyal espionage agents to betrayal.

The Varelsi invasion is becoming overwhelming but the United Peacekeeping Republics (UPR) will not leave their own man, clone, or avian behind.

With his back against the wall, UPR Commander Ghalt faces a difficult decision with universe-ending ramifications. 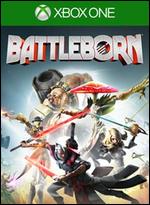