EA SPORTS has announced that fans will have an opportunity to compete in the Madden NFL 16 Championship, which culminates in a finals tournament this summer live at EA PLAY. Players will test their skills in the new Salary Cap Ranked mode, currently in beta within Madden NFL 16 Ultimate Team and in Draft Champions Ranked for their chance to win a share of the $50,000 prize. More details and rules to follow. 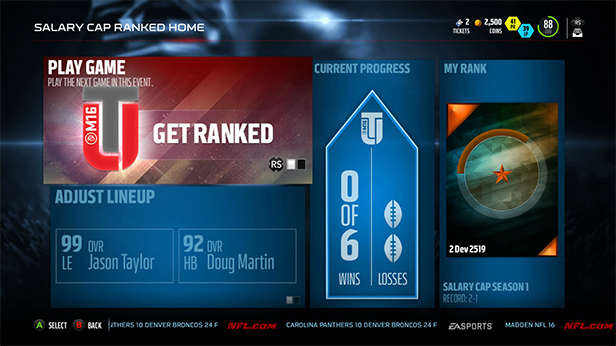 The new Salary Cap Ranked requires players to build the best Ultimate Team possible while staying under a set cap total, demanding strategic thinking and careful planning. While any player in a fan’s Ultimate Team binder is eligible to be used in Salary Cap mode, each player carries a cap value and it will be impossible to load up the field with unstoppable talent at every position. Will fans opt to put their best player on the field at the expense of other roles? Or will they intentionally bench their stars in the name of creating a balanced team?

Those competing in Salary Cap Ranked and the Season 2 Draft Champions Ranked ladders will have a chance to climb the leaderboards and compete in live events in the hopes of taking home the grand prize at EA PLAY. In the coming weeks players can compete in Salary Cap Ranked to reach the top of the ranks, with the top 64 on each console being invited to the first round of the competition. Madden Challenge Finalists, DCR Season 2 finalists and Salary Cap Ranked finalists will all come together to crown the Madden NFL 16 Champion.

So do you have what it takes to be champion...I guess we’ll just have to see. 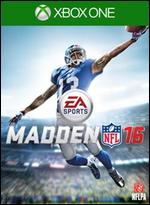