Sega GT 2002 is getting a lot of attention in Sega`s booth at the T.G.S. Wow Entertainment seems intent on putting the series in the spotlight. In addition to reconfirming their targets as set on toppling Gran Turismo as the king of the driving simulator circuit, the team also announced two additional titles to in addition to the main game.

The two titles are Sega GT 2002 Append Disk and Sega GT 2002 Online. YES ONLINE RACING!!! Not much is known about either, aside from the obvious info revealed by their names. Wow has mentioned its hopes to utilize the Xbox harddrive for product updates, allowing among other things downloadable cars, so we presume these future titles will demonstrate this.

Sega is looking at an approximate release period of March 2002 for Sega GT 2002.
Source: http://www.sega.com 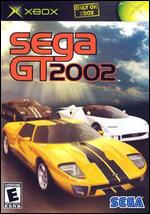