2K has announced that Indiana Pacers All-Star shooting guard Paul George as cover athlete of NBA 2K17, the next iteration of the its’ NBA video game simulation series, which will be available on September 20. The selection of George marks his first solo appearance on the cover of NBA 2K, paralleling his explosive return to the court, during which he averaged a career-best 23.1 points per game during the 2015-16 NBA regular season. 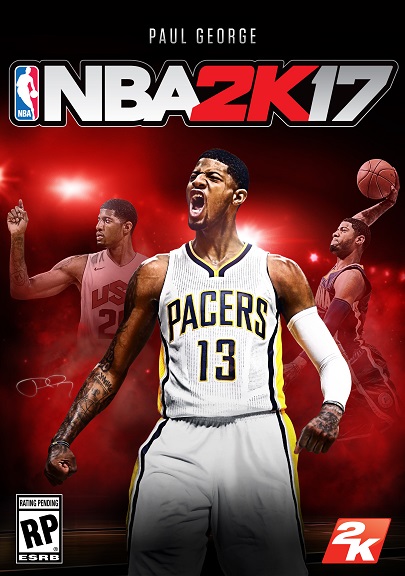 Long known as one of NBA 2K’s most passionate gamers, George has an extensive history with 2K, having served as the cover star of MyNBA2K16’s Companion app, and as guest commentator at the NBA 2K16 Road to the Finals $250,000 championship which occurred on June 1. As part of his global partnership with 2K, George will also serve as the cover athlete for NBA 2K Online in China.

To celebrate, 2K also revealed the return of NBA 2K Early Tip-Off Weekend, putting the full game into hands of fans four days ahead of the scheduled street date on September 20. Beginning today, fans can pre-order NBA 2K17 at participating North American retail and online vendors, ensuring they receive their copy beginning on Friday, September 16, four days ahead of the game’s September 20 street date, along with in-game digital content, including:

2K previously announced that the NBA 2K17 Kobe Bryant Legend Edition, celebrating the storied career of the recently retired Lakers icon, will be available in digital and physical formats for $79.99.  It is also now available for pre-order offering fans the ultimate value at $99.99 with all of the regular NBA 2K17 Legend Edition contents plus bonus items, including:

So there you have it, all the NBA 2K17 latest information. We hope to cover more of the game leading up to the release this September.