PSA - July Games for Gold - Get em' While They are Hot

July will see the Games with Gold roster take on four newcomers. As with last month, Xbox One will get two dedicated titles, and two Xbox 360 titles through Xbox One Backward Compatibility, for a total of four completely free titles thanks to Games with Gold. Xbox 360 gamers, of course, also get access to the latter two titles. 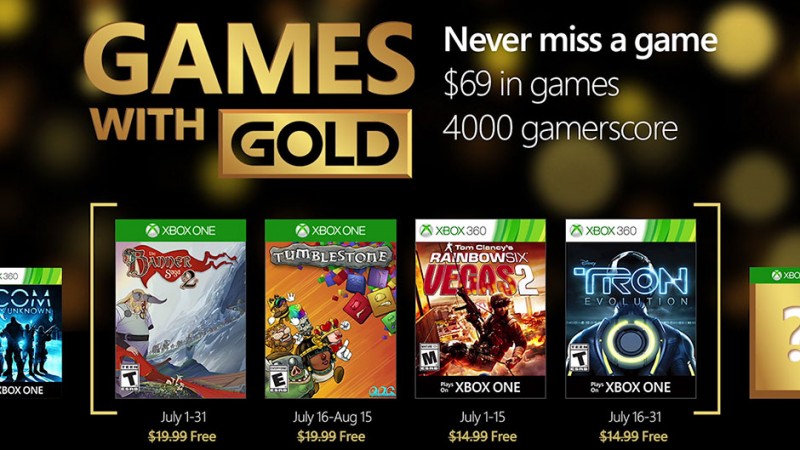 So what are the games you ask.  Well here you go: