Mantis Burn Racing Coming to Xbox One Later this Year

The dev-team’s goal with Mantis Burn Racing is to take that genre of top-down racer into the next generation while maintaining the perspective and uniqueness of that style of game. It is where fast-paced bumper-to-bumper racing combines with intuitive, tactile gameplay and stunning visuals in one of the best-looking and immersive top-down racers around.

Drive incredible built-for-racing vehicles across highly detailed, visually stunning tracks in high-risk, high-speed races where winning is everything. Prove your skills in an extensive career mode and take on friends with 4 player local split-screen racing and online modes for up to 8 players in ‘one-more-go’ style competitive racing. With in-depth customization options providing players with deep tactical choices and excellent replayability, this is racing at its rawest and most exciting!

We here at XBA have a few staffers who are racing fans, so this game might just interest them. Hopefully as the game is wrapped up it provides fans with a great racing experience. Fingers crossed!!!! 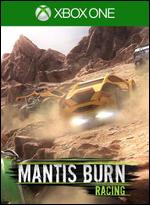