New Ghostbusters Game is Available Digitally or on Store Shelves

In anticipation of the release of Ghostbusters, in theaters this Friday, Activision and Sony Pictures have released a new game on the Xbox one to celebrate..

Ghostbusters is a third-person action role-playing game featuring single-player and local couch co-op multiplayer for up to four players. Taking place after the events of the film, players command a squad of rookie ghostbusters through Manhattan’s most haunted environments, discovering hidden collectibles and ridding the city of rogue spirits. 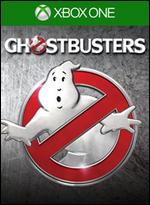