PAC-MAN Championship Edition 2 returns with the fan favorite Score Attack mode where players need to gather as many points within a specified time and a new Adventure mode that will have players chasing fast moving fruit, battling big bad bosses, and experiencing fun new ways of playing PAC-MAN.

So there you have it, a new PAC-MAN game hitting the Xbox One soon. 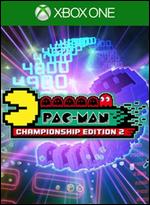