Codeasters Racing have released the latest gameplay video for F1 2016, the official videogame of the 2016 FIA Formula One Racing Championship.  The new video shows action both on the track and in the pit lane, recreating key moments from the year and highlighting many of the game’s key features.

You can check out the trailer right below: 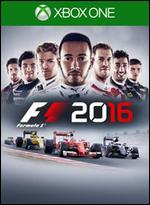