We here at Xbox Addict are, of course, Xbox One fans.  One game that has us reallyl excited is ReCore, and Microsoft released a brand new gameplay trailer to celebrate it impending release, as well as celebrate gamescom 2016.  So, without boring you any longer, check out the trailer below: 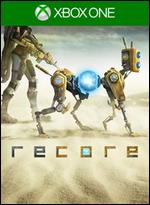