Microsoft is betting big on the fact that they are looking at ways to unite the Xbox ecosystem with other devices that people may use to game, and of course this includes PC.  They are expanding the way gamers can do this by expanding the Xbox wireless Ecosystem. 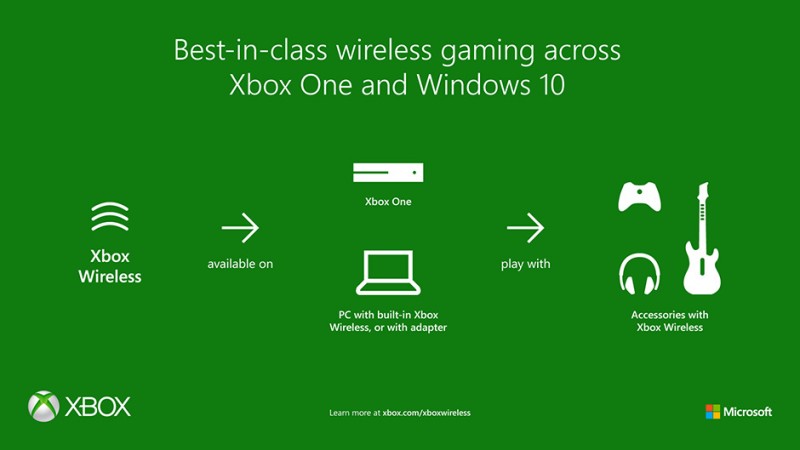 For example, today they annouced that they are continuing to expand the way gamers can connect their Xbox One accessories to their PC by announcing the first PC with integrated Xbox Wireless — the Lenovo IdeaCentre Y710 Cube. With built-in Xbox Wireless, this PC supports all Xbox One wireless accessories — such as the Xbox Wireless Controller — straight out of the box, without needing any additional adapters or wires.

While this is the first partner device to have built-in Xbox Wireless support, it won’t be the last. We are currently working with other partners such as Astro, PDP, Turtle Beach, and many more. Going forward, you should expect to see both new PCs and new accessories that support Xbox Wireless as we create new ways for our fans to play seamlessly across devices. Let’s explore what this means for gamers.

Their vision for Xbox Wireless

Windows 10 PCs with built-in Xbox Wireless support give gamers a number of premium ways to play together or alone.  Exact implementation in our partners’ devices and accessories will vary based on the type of device and the partner themselves.  In the IdeaCentre Y710, for example, we are using the Xbox Wireless Adapter and integrating it inside the physical chassis – the first time this has ever been done officially.  In the future, we plan to enable direct integration of Xbox Wireless into PC motherboards with our hardware partners.

For gamers who are happy with their current PC rig, but still want to take advantage of Xbox Wireless, the Xbox Wireless Adapter for Windows is available now and can simply plug in to your Windows PC USB port.

And of course, your Xbox One or Xbox One S console already supports Xbox Wireless.

Find the right device for you

Through their partners, Microsoft plans to deliver a range of Xbox Wireless supported PCs and accessories such as headsets, joysticks, and other input devices. These partners include Astro, HyperX, Lenovo, Mad Catz, PDP, Plantronics, Razer, SteelSeries, and Turtle Beach. A great example of one of these accessories is PDP’s all new Rock Band Wireless Fender Jaguar Guitar Controller, found in the Rock Band Rivals Band Kit. By supporting Xbox Wireless, it will connect to your Xbox One with no need for dongles or wires.

So, what does this all mean.  Well, start looking for the "Xbox Wireless" logo on the box to know that the PC or accessory will work seamlessly within the ecosystem. It’s as simple as that.  We here at XBA are excited to see where this new strategy goes and being able to play Microsoft Games on the Xbox One and PC, that are Play Anywhere, should be a simple and flawless experience.