The Witness is Coming to the Xbox One

ID@Xbox is about to get another intriguing game. Coming September 13 is The Witness, a game about exploring and solving puzzles. It took the team at Thekla Inc. about 7 years to finish the game as they spent a great deal of time and effort arranging every detail of the island that gamers explore, so that everything matters, often in ways that will surprise them.

It seems that the dev-team has gotten lots of requests to bring The Witness to Xbox One as they say that people tweet at them about this all the time! So with that being said, Thekla Inc has announced that they happy to say that this is happening soon as The Witness will be downloadable on Xbox One starting September 13, 2016.

The Witness is a pretty unconventional game. Players wander through an open world, so they can explore whatever catches their eye. Throughout the island they will find many puzzles, all with different themes. But these puzzles aren’t just arbitrary and meaningless; they communicate ideas. As gamers play the game, they’ll find yourself absorbing a nonverbal language, and you’ll know what to do even if you can’t quite explain what you know.

The Witness is a game containing a lot of surprises. If gamers get stuck, or something seems difficult, they can turn around and go somewhere else, and come back to the hard problem later. Elsewhere on the island you might find clues to the thing you’re stuck on, and you may have a very enjoyable experience when you make the right connections. On the other hand, if you look for answers in online videos and online forums, you’re likely to have an empty experience — you’ll know the answer, but you will have skipped over the good part of the experience. The dev-team states that most enjoyable part of this game is what happens in your mind when connections come together.

So enough reading, check out the announcement trailer right below or a look at the game in action: 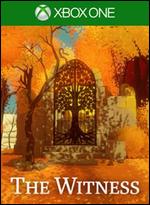