Furi is Heading to the Xbox One

Developer The Game Bakers is bringing Furi, its frenzied all-boss fighter, to Xbox One. Furi is a challenging game comprised entirely of wildly varying boss battles over a mysterious quest for freedom.

The game will come to Xbox One at a date to be announced, with exclusive new content, in particular a new boss encounter.

You can check out a trailer for the game below: 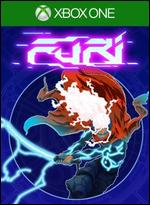