Nuvyyo, maker of the Tablo Over-the-Air (OTA) HDTV DVR, has announced that cord cutters using Xbox One can now enjoy the easy-to-use interface and OTA DVR functionality of a new Tablo app. Starting today, Tablo customers can download the free Tablo app from the Xbox App Store to discover, record and stream both live and recorded broadcast television programs on their big screen TVs with Microsoft’s popular gaming console. 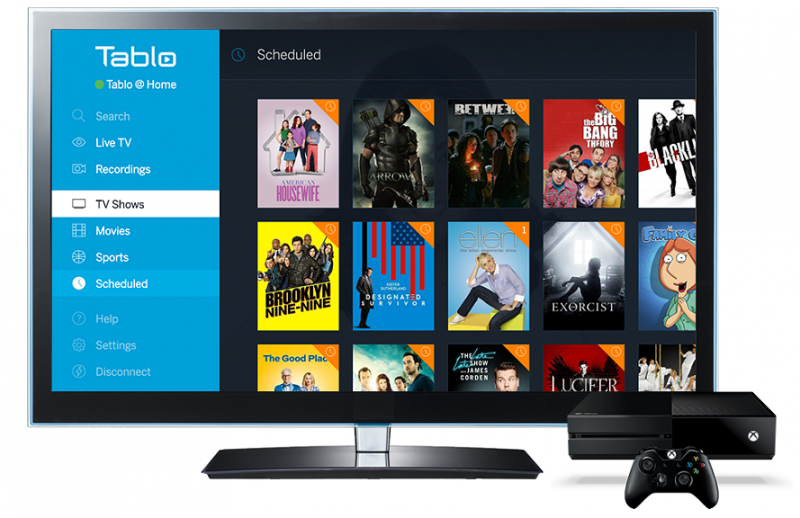 The Tablo OTA DVR attaches to your WiFi router instead of your TV, which means that Xbox One users can now enjoy live news, sports and their favorite network broadcast programs in full HD using the Tablo App on the same device and controller they use for gameplay, local media playback and streaming services.

Version 1.0 of the Tablo App for Xbox delivers the majority of Tablo’s familiar screens and features including playback of Live TV and recordings, Netflix-style TV guides for broadcast content discovery and search, as well as popular features including pausing of Live TV, preview-enabled fast-forward commercial skipping, and much more.

Additional filters and features will be added via app updates in the coming months.

The new app can also be used on PCs running the Windows 10 Anniversary Edition operating system.  A link to the Tablo app for Xbox and Windows 10 is available at www.TabloTV.com/apps.

Keep an eye out for our Tablo Review as it pertains to Xbox One integration shortly in the future!