Ok racing fans, get ready as the Blizzard Mountain Expansion for Forza Horizon 3 is coming Dec. 13.  What will it be brining you ask? Well, you’ll find a Forza first – snow, ice, extreme elevations and blizzards to challenge you in your quest uest to become the King of the Mountain. Set amidst extreme alpine settings, players will explore a snowy mountain playground in eight new vehicles and all in brand new race events that have been specifically designed for this DLC. 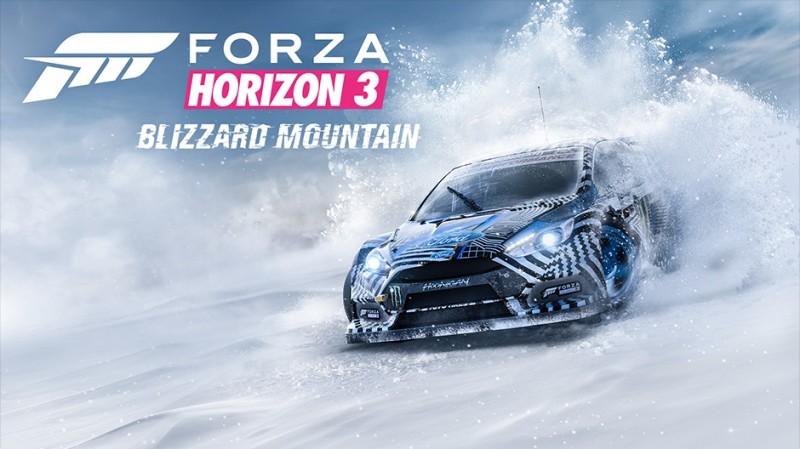 Become King of the Mountain

This brand-new campaign challenges you to compete in a series of events with the ultimate goal of becoming the King of the Mountain. With more than 50 new events and challenges to compete in, the expansion tests your skills across extreme weather and brand new race types, including Hill Climb, Descent and Blizzard race events. In addition, you will be able to take part in new Bucket List, Blueprint and Rivals events, as well as earn 28 new Xbox Live Achievements worth 500 Gamerscore points.

Blizzard Mountain also introduces seven brand new vehicles to the game (plus the aforementioned Barn Find) In addition, when exploring Blizzard Mountain, you’ll be able to choose snow tire upgrades for any of the vehicles in Forza Horizon 3 to prepare them to take on a wide range of thrilling driving surfaces. Here is a list of the cars that will be included in the DLC: