Buy Final Fantasy XV at Target, get a Free Bottle of Elixir

Starting tomorrow, fans who show proof of purchase of Final Fantasy XV on Xbox One at Target stores will receive one free bottle of Wiz’s Energizing Elixir, the first-ever Final Fantasy themed soft drink in the U.S. 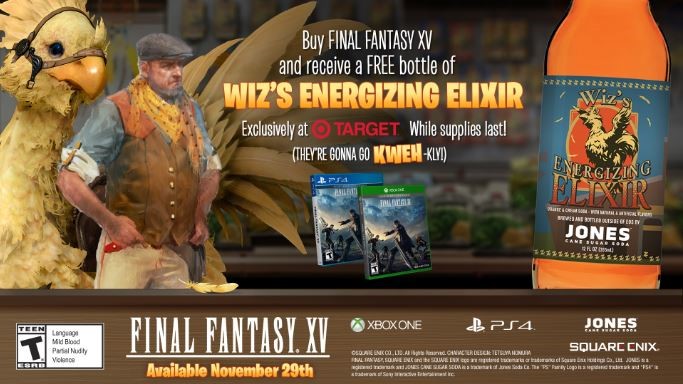 Based off the in-game location “Wiz Chocobo Post,” the carbonated orange and cream soda-flavored concoction can also be purchased separately at participating Target stores for $2.99 MSRP while supplies last beginning November 29. Square Enix has warned that fans will need to act fast, as they are going to go KWEH-kly!