Fatshark is adding the new DLC Karak Azgaraz to their hit game Warhammer: End Times – Vermintide on December 15, and will arrange an Open Beta between December 2-4.

The Open Beta will contain of one level out of the three included in the Karak Azgaraz DLC, set among the snowy peaks of the Grey Mountains. Chain of Fire will have the players make their way to the peaks of the mountains to set the beacon ablaze and warn nearby Dwarfen settlements of the approaching Skaven army.

Although the DLC is PC oriented at this moment, we here at XBA are hoping to see the DLC on Xbox One sometime soon, so we thought it would be good to report this news. 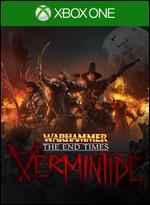