New Maps and Game Cards for Gears of War 4

Fans of Gears of War 4 can rest comfortably knowing that The Coalition have been busy beavers (get the Canadian reference?) as they continue to make some changes to gameplay, create maps, and even make some new cards for those that don’t mind them (hey, some people are not fans). 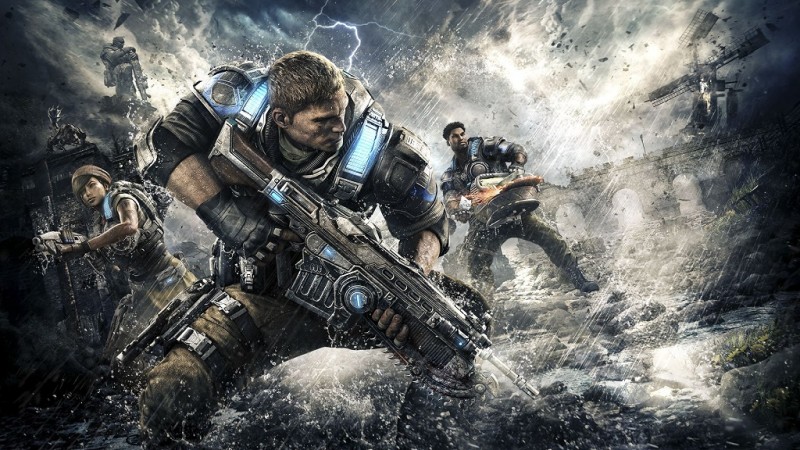 So what is new and upcoming you ask?

First off, two fan-favorite maps come to life in Gears of War 4: Blood Drive and Clocktower!

Blending together the best of Gears 2’s original take and the Gears 3’s re-imagining, Blood Drive in Gears of War 4 brings back intense, center-map pillar fights with the improved flow of its refined sibling. Spawn at the Diner or the Morgue, then head to the city streets to battle it out over the Longshot and Overkill.

Clocktower also returns to Gears of War 4, re-imagined as the stunning Bank of Bronn as it’s slowly claimed by the Swarm. The imposing classic Gears architecture brings back memories of the battles you know and love, from the intense close-quarters combat in the lower streets to the Lancer-heavy crossfire at the Bank entrance.

Both maps are available to Season Pass holders in the Developer Playlist already (including Double XP and 20% more Credits), and will be available for free for everyone in Public Play starting January 17th.

Thirteen (13) new characters are up for grabs in Series 2, including the first delivery of Legacy Characters in Gears 4! Armored Anya and Armored Sam are back in their Gears 3 armor, and Zombie Minh rises from the dead (sporting Raam’s blade-sized hole in his chest!). We also have a surprise legacy character that will be returning as a Scrap-only Card very soon. Stay tuned – we think you will be excited.

Additionally, there are over 260 new Weapon Skins to collect across 13 full weapon skin sets. Get flashy with the animated Lightning Skin, or show your cool with the Chillin weapon set. These new weapon skins offer you new ways to display your style and stand out on the battlefield.

It was noted that since launch, The Coalition has continued to work hard on new features to improve the Gears of War 4 online experience.

Alongside the release of Series 2, Title Update 3 brings the first phase of a hotly requested community feature – quit penalties. Our new matchmaking timeout system punishes leaving the fight early, while our Join In Progress feature gives you the flexibility to rejoin the battle for a short time – if, say, your dog tripped the power cable. It happens.

This new update also contains improvements to Spectator Mode, keeping the action front and center while adding new features that give you more information about the intense eSports action playing out live. See it in action this Wednesday, January 11 for the first time during the Gears eSports Fight Night from 3pm PDT on live.gearsofwar.com.

These are only a few of the additions to the game and you can check out all the patch details right HERE.