It seems that the team at Studio Wildcard doesn’t sleep.  They have released a new content update for ARK: Survival Evolved on Xbox One that adds a bevy of new beasts, and two expansive underwater environments to explore. This new update brings the console version of the massively popular survival game on-par with its PC version through v253, and includes two full-scale underwater caves that are progression oriented with artifacts, while unleashing five new creatures!. 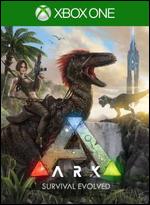